Cutting-edge technology from Taiwan at the 2017 Hannover Messe

At the Taiwan Excellence press conference leading Taiwanese industrial and technology companies Delta Electronics, HIWIN Technologies, HIWIN Microsystems, and Tatung will introduce their companies and showcase their latest innovations. The presentation will take place at the Hannover Messe on Monday, April 24th, 2017 from 1:30 pm - 3:00 pm in rooms 108 to 110 of the Convention Center. Interested members of the press are invited to attend.

The companies that will be showcasing their products’ highlights at this year’s press conference are representative of Taiwan’s competitive standing and power in terms of innovation and creativity.

Alejandro Dova from Delta Electronics, the largest manufacturer worldwide of switching power supplies and DC brushless fans, as well as the 2017 winner of the Taiwan Excellence Silver Award, will speak at the press conference about the development of the “Internet of Things” within their industrial sector and the variety of potential applications of Delta Electronics products.

HIWIN Technologies, represented by Assistant Vice President Maurice Chang, will present intelligent ball screws, for which the company was granted the Taiwan Excellence Silver Award in 2017. HIWIN Technologies is one of the world market leaders in this field, as well as in the fields of positioning systems and linear guideways. The company is well known for its innovativeness, making it into the top 50 of Forbes Magazine’s “World’s Most Innovative Growth Companies 2014”.

At the press conference, Chi-Tai Liu, General Project Manager of HIWIN Microsystems, will present the DiÅMOND Series, which won the Taiwan Excellence Gold Award in 2017. With the DiÅMOND Series, HIWIN Microsystems rings in a new generation of positioning systems with nanometer precision. It is expected that the new technology will be employed primarily in the semiconductor and FPD industries.

At the end of the press conference, the long-established Taiwanese company Tatung will present its innovations. The company, which celebrates its 100th anniversary next year, employs more than 35,000 people worldwide and is one of the largest manufacturers of information systems worldwide. As an Original Equipment Manufacturer (OEM) or Original Design Manufacturer (ODM), Tatung has collaborated with well-known brands like Sony and Hitachi for years. At the press conference, the company’s Vice President, Frank Shiue, will showcase their new vertical hollow-shaft motors.

Further innovative products will be exhibited during the 2017 Hannover Messe in the Taiwan Excellence Pavilion at Stand D22 in Hall 16. The stand is organized by Taiwan’s Bureau of Foreign Trade (BOFT), Ministry of Economic Affairs in (MOEA), and designed by the Taiwan External Trade Development Council (TAITRA). All exhibited products are winners of the Taiwan Excellence Award. This prestigious award is only given to products that are deemed exceptional in terms of research and development, design, quality, and marketing.

Agenda for the Press Conference:

Taiwan’s Bureau of Foreign Trade (BOFT), under The Ministry of Economic Affairs (MOEA), is responsible for implementing policies and regulations governing foreign trade, economic cooperation, and foreign investments. Established in January 1969, the BOFT's role and position have undergone continual adjustments to meet the needs of the shifting international economic and trade environment. The BOFT has been guiding and working with the Taiwan External Trade Development Council (TAITRA) in numerous projects to promote trade internationally and domestically. Having worked closely with TAITRA for many decades, the BOFT continues to entrust TAITRA with critical projects for the government relating to business trade and/or investments, promoting Taiwan on every international aspect.

Founded in 1970 to help promote foreign trade, the Taiwan External Trade Development Council (TAITRA) is the foremost non-profit, semi-governmental trade promotion organization in Taiwan. Jointly sponsored by the government, industry associations, and several commercial organizations, TAITRA assists Taiwanese businesses with reinforcing their international competitiveness and in coping with the challenges they face in foreign markets. TAITRA boasts a well-coordinated trade promotion and information network consisting of over 800 international marketing specialists stationed throughout its Taipei headquarters and their 60 branches worldwide. Together with its sister organizations, the Taiwan Trade Center (TTC) and the Taipei World Trade Center (TWTC), TAITRA has created a wealth of trade opportunities through effective promotion strategies. 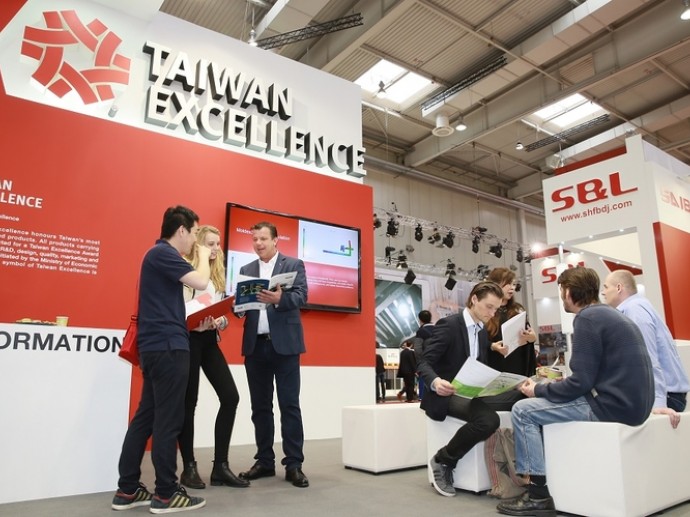