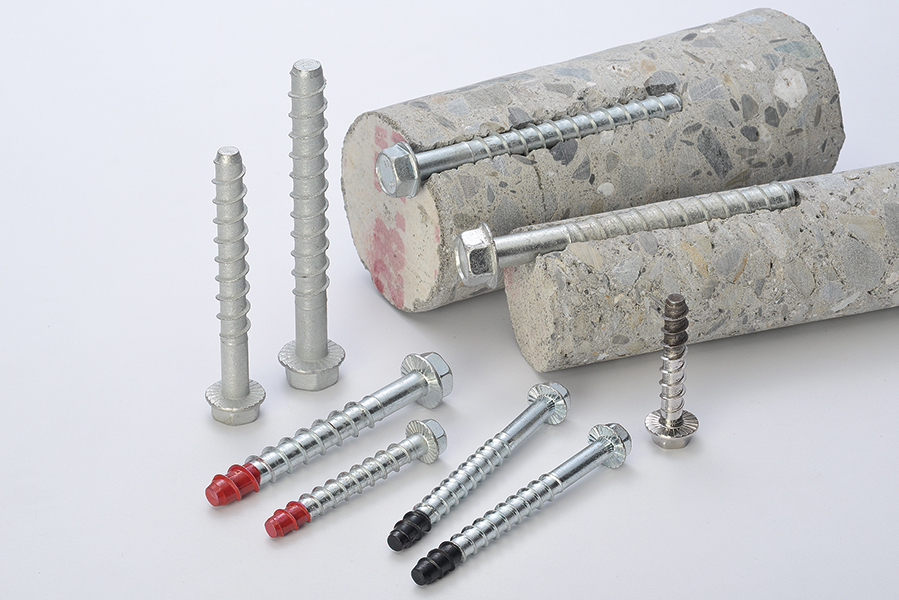 Whether during the manufacturing or during the actual application of a finished product, there is a corrosion rate which varies by environment that is applied. Abundant in supply, hydrogen will naturally alter physical properties of a fastener unseen by the eye. As unrelated as these two may seem, they actually work together and create a situation where a fastener could fail unexpectedly. Through enough corrosion, and diffusion of hydrogen into the metals, the bond between the metal grain structures weakens, and the structure of the product is attacked, causing weakness, brittleness, and cracks. This situation, also known as hydrogen assisted corrosion cracking, fosters and environment in which the product could fail in an unpredictable manner, and induces danger to the user of the product.

The purpose of this particular product is to create a fastener product with high ductility within the load bearing area of the fastener. The increase in ductility and hardness would in turn lower the sensitivity it will have to the damages caused by embrittlement by way of hydrogen as well as corrosion. Having a lower sensitivity will safeguard the fastener from the disadvantages of embrittlement such as sudden loss of strength, unexpected and delayed failure. The drilling tip and the leading threads are separately heat treated using different methods. The loading area of the fastener will have a hardness below HRC32, this would safeguard the fastener itself from the effects of hydrogen and corrosion induced embrittlement, preventing delayed and unexpected failure, thus enhancing the performance of the fastener. The drilling tip will be created to have the necessary hardness to penetrate and thread connecting elements in concrete, which is extremely crucial as well.

Sheh Kai Precision Co., Ltd., located in Gangshan screw cluster of Kaohsiung City, specializes in high-end construction fastener: bi-metal screw, ultimate performance bi-metal and carbon steel screw anchor. Sheh Kai’s fastener is a value-added product that depends on sophisticated technology and conforms, to the requirement of international quality standard. We built up a strategic alliance with renowned international construction fastener giants by means of ODM and OEM. Motivated to developing more high value-added products, Sheh Kai committed itself to establishing its own brand. After years of devotion incorporated with the advantage of existing core technology, we diversified our range with carbon steel screw anchor and bi-metal screw anchor. Furthermore, ETA on our carbon steel screw anchor has been issued by DIBt in 2016. Such recognition from EU marked a major milestone for Sheh Kai that we have now officially entered the European market of high-end screw anchor.

Sheh Kai has been centering on product and market differentiation for over two decades from the establishment. We focus on developing products with core competitiveness, avoiding walking into the dead-end of price competition. Bi-metal self-drilling screw was then what we positioned as an unique product that differentiates itself from other regular parts, but it was all five years ago. As a sustainable enterprise with a long-term vision, putting all eggs into one bucket sets the company’s future at stake. We decided to build on existing competitiveness and develop a brand new pioneer product “Bi-metal Screw Anchor.” Nevertheless, we found in the beginning of the development that “Carbon Steel Screw Anchor,” which required challenging heat treatment process, was also in great demand. Dual series of screw anchor was finalized as Sheh Kai’s next-generation product. We’d revised multiple versions over these five years. After several back and forths, the ETA/CE was finally issued. 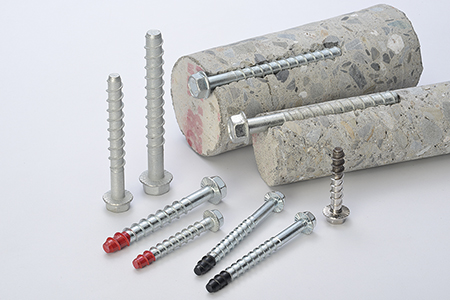